Welcome to the page of upcoming shows and appearances. The current show that is touring is “Lighting the Fire”. It features images taken during the rise of classic rock and psychedelic eras mostly by Tom Franklin but some of Johnny’s as well.

Big News! Starting on 11/18/2014- 12/25/2014 TJFranklinPhotography and Franklin Educational Distribution will be donating all money from photography sales to the Franklin Phonetic Primary School in Prescott Valley to help with their 8th grade trip.  Check out The Store to help out! Our house band “Turtle Kingdom” will be on AZ TV  Morning Scramble at 8:30 on Tuesday 11/18 in order to advertise the fundraiser. Thank you for your help and support!

Once again the opening for our show at the  Raven Cafe in Prescott, Arizona is on October 2nd from 5:00-7:00 pm. Come see the photography and hear the live music by 60’s cover band “Turtle Kingdom”

Tom and John’s pictures will be at the  Mr. Musichead Gallery at 7511 W. Sunset Blvd. Los Angeles, CA 90046 from March 22nd to the 28th! Opening night was March 22nd and we had a great turn out. The pictures will continue to be on display throughout the week. The gallery is open Monday through Saturday from 11 am to 5pm. They are having a closing event on Saturday March 29th and photographer Tom Franklin will be there from noon to 5pm! Please come out to talk with photographer Tom Franklin. Click here to go to the Mr. Musichead gallery site.

A special thanks to The Sound radio station for their help with the show! On Sunday March 23rd they had photographer Tom Franklin as a guest DJ on their show “My Turn”. Tom picked the songs that were played and talked about his experiences taking pictures of these bands in between the songs. Thank you so much to The Sound. Click here to go to The Sound radio website.

Right now on the website for The Sound Radio LA you can sign up to win a limited edition signature framed print of Jim Morrison by Tom Franklin titled “Light My Firework”! I’ve heard that the radio station might in fact be at the closing celebration on Saturday at the Mr. Musichead Gallery and give it away at that time. Click here to go to The Sound Radio’s website and enter to win the limited edition signed framed print!

Press about the Show!

Check out the very nice interview that made the front page of the Arts and Entertainment section of the Arizona Republic!

An awesome gallery and a great sponsor! 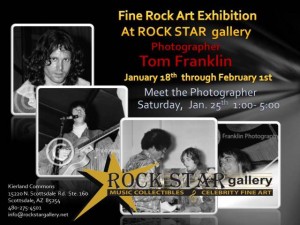 There was an event where you could meet the photographer Tom Franklin and also local legend Pat McMahon. This event was on January 25th and it went from 1pm to 5pm. Pictures were on display and available for purchase from January 18th to February 2nd.

The Meet the Photographer Event was a great success! We had live music provided by the band Turtle Kingdom. Check them out on facebook here. We had refreshments provided by the generous Rock Star Gallery. Pat McMahon did attend and was thrilled to hear the band cover his song “Work Work” from Hub Kapp in the Wheels. Tom was there to answer questions and talk to people who came in. A few people actually brought in their old copies of “A Closer Look” magazine that they had saved all these years. It was a great turn out. Thank you everyone who came to join us that day and all the others! 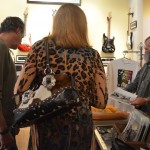 Tom at the Rock Star Gallery 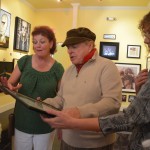 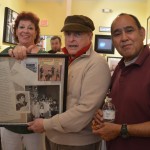 Pat McMahon with some Hub Kapp and the Wheels memorabilia and one of the members of Turtle Kingdom. 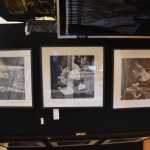 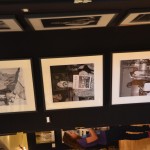 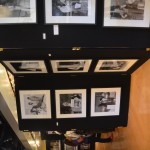 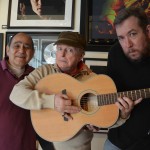 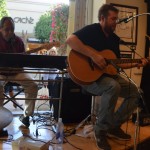 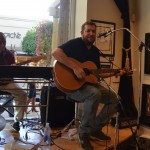 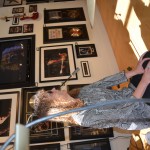 Tina waiting to play her part in Turtle Kingdom 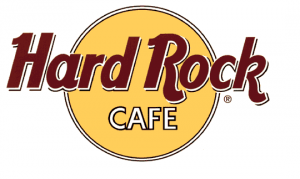 One of our wonderful sponsors! They are hosting the preview night on January 16th from 4pm to 7 pm

Tom and John’s pictures were at a special gathering at the Hard Rock Cafe in Phoenix Arizona on January 16th from 4pm to 7pm. People came to eat some food, hear some music, and check out the amazing photography. The photos on display at this show were printed in their original square shape just for the Hard Rock openings. The show was sponsored by the Hard Rock Cafe and KSLX radio station. There were free appetizers and drinks available.
It was a lovely night! Thanks again Hard Rock Cafe! 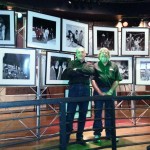 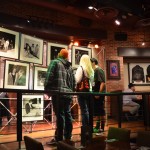 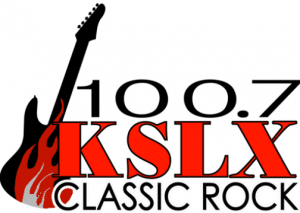 A special thanks to another one of our sponsors KSLX radio!